An anxiety can emerge when we have perceived (or misperceived) some form of challenging event in the past, have not balanced or neutralized it emotionally, and are experiencing its lingering primary, secondary, tertiary or compounded associations that have escalated it into a lingering fear that can be subtly reactivated by many of the not immediately obvious associated stimuli.

It acts as a feedback reminder that we have not balanced out our original perception (or misperception).

Anxiety can be dissolved

The cascaded and compounded anxiety can be dissolved by balancing or neutralizing this initial emotionally trying perception.

Fear is the assumption that you are about to experience in the future through your senses or imagination, more pain than pleasure, more negative than positive, more disadvantage than advantage, or more challenge than support from someone or something.

It arises because of some stored past imbalanced perception or misperception. Any painful perception of the past can initiate a fear of it or something associated with it reoccurring in the future.

Let me explain anxiety by starting with a story.

Let’s say a two-year-old boy is in his living-room with his mother and father. The dad is wearing blue jeans, a white shirt, has brown hair and a mustache. The parents start arguing and a screaming match ensues. The boy doesn’t want to hear it and he doesn’t want to see it. He runs to his room, hides under his bed to protect himself and covers his ears with his hands and a pillow. He closes his eyes and tries to go to sleep to escape the conflict because he feels threatened, and is worried about losing one of his parents. He gradually goes to sleep as the fight calms down. The next morning the dad is off to work before the little boy is up. The mom comes and wakes up the child and they eat breakfast together. Then she takes him shopping to the grocery store.

At the grocery store they come across a friend who is a man about the same age as Dad. He is wearing blue jeans and a white shirt, has brown hair and a mustache. As they approach him, the mom greets him.

The two-year-old does one of two things. He either gets in front of the mom, turns his back to the man and tries to get mom’s attention away from the man, or he gets behind Mom to protect himself (this usually occurs if the dad had previously been aggressive to the child).

The child is disruptive, trying to distract the mom from interacting with the man, who walks off after a brief conversation. The child returns to being calm and playful and the mother goes down another aisle. Two aisles away she runs into another friend. This time it’s a man wearing blue jeans and a yellow shirt, and he has brown hair and a brown moustache. Now the child reacts again – not quite as severely, because this man isn’t wearing exactly what Dad was wearing when he was arguing with Mom. Again the little boy reacts and gets in front or behind the mom and the man walks off.

They go home, and a week later they go shopping again. This time they run into a man wearing blue jeans and a yellow shirt, with brown hair and no moustache. Two weeks later they go to a restaurant and there’s a man wearing blue jeans, a white shirt, with blonde hair and no mustache. Progressively over the weeks and months to come, a series of men in blue jeans, with different shirts, different hair colour and with or without mustaches initiate varying degrees of emotional reaction from the child because of the original, primary triggers. As the years go by, the child needs glasses early and starts to develop hearing problems. He also develops an anxiety disorder every time he is around men with blue jeans, yellow or white shirts, with or without mustaches, any of the variables that, accumulated together, trigger an anxiety or panic without anything going on.

This is called secondary and tertiary compounding of primary emotional triggers. It can be a childhood initiator, a relationship initiator as a teenager or a social or business-related initiator as an adult – these anxieties can affect anyone.

Anxiety as a result

Any highly charged emotional experience that hasn’t been neutralised can create secondary, tertiary and quaternary associations that can bring back subtle unconscious emotional feelings, affect sensory and motor responses and result in an anxiety panic disorder.

The more the compounding, the more unconscious the triggers can become. If secondary, tertiary and quaternary compounding continues, full-blown anxiety can be experienced with very subtle stimuli without even being directly related or even similar to the original trigger.

Unless we address the primary initial emotional perceptions and neutralise them or desensitise them, anxiety panic phobias can be a way of life.

If we find the common denominator and thread to all the things that trigger our anxiety, we can trace our associations back to their original sources.

They can then be neutralised with quality questions that dissolve the initial charge with the help of the Demartini Method® and then liberate the person from their lifetime of unconsciously triggered phobias and anxieties.

If you’d love to start each week with a boost of inspiration from Dr. John Demartini then register to receive your weekly inspiration HERE

There are simple activities that you can do to empower all 7 areas of life (mental, financial, vocational, spiritual, familial, physical and social). This presentation will show you how to do that. Discover how to be inspired so you go after your dreams, how to actively learn more effectively, be more vital, how to make a difference, how to inspire your personal relationships and how to make more income. It’s time to take your life to a whole new level of empowerment! 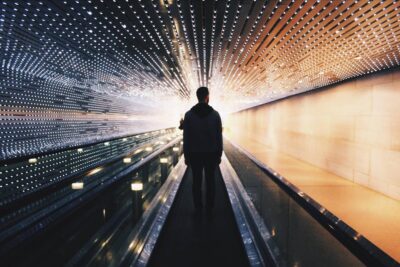 The Law of Attraction and How to Use it Effectively

Dr Demartini shares why your values determine your destiny, and how the Law of Attraction... 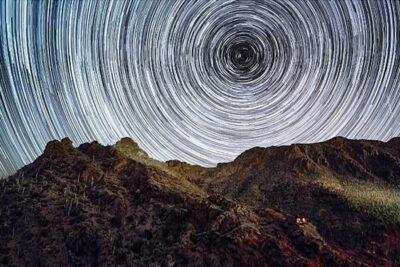 The Meaning of Life

Dr Demartini addresses the question – What is the meaning of life? with an introduction to some of the philosophies that he lives his life... 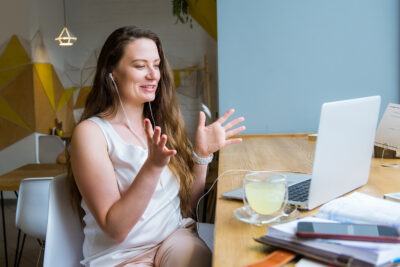 Dr Demartini shares vital aspects of understanding the psychology of growing and managing a business, and knowing the mechanisms of activating... 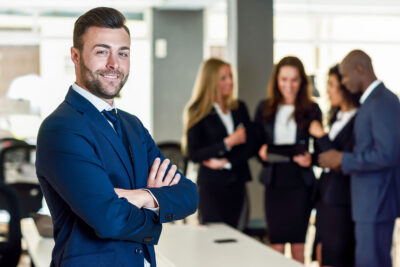 The Qualities of a Leader

Dr Demartini shares ways you can further awaken your leadership so you can do something even more extraordinary with your... 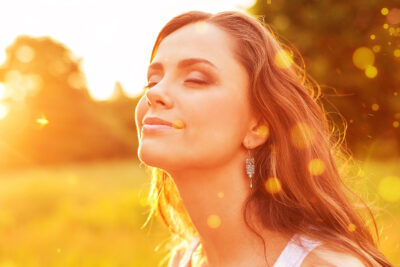 The Key to Emotional Intelligence

Dr Demartini puts into perspective how your perceptions affect your reality and why EQ is so important in leadership and the achievement of your... 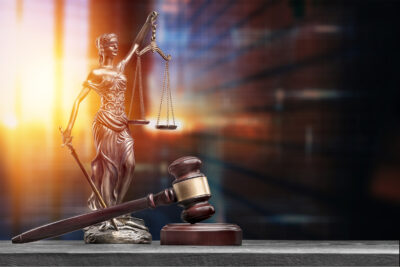 How to Make Money Using The Law of Fair Exchange

Dr Demartini shares powerful insights on how to make money and build wealth through the law of sustainable fair... 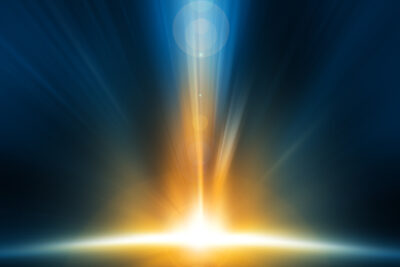 Living congruently with what you value most, your highest or core values, is the key to mastering your life and feeling the deepest fulfilment in... 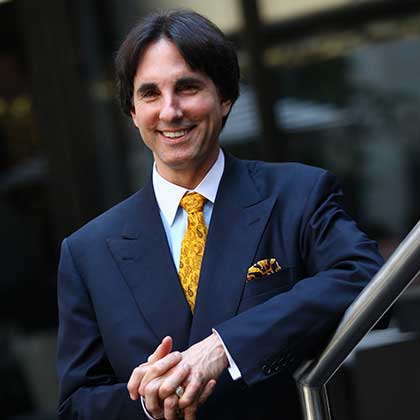 1: Helps me to prioritize my actions.

3: I talk to people and get new perspectives and opinions. 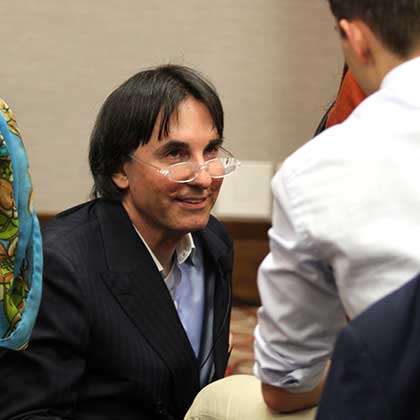 2: Freedom from prejudice or malice 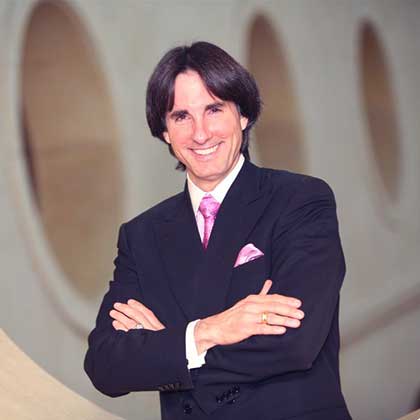 The Law of Attraction and How to Use it Effectively 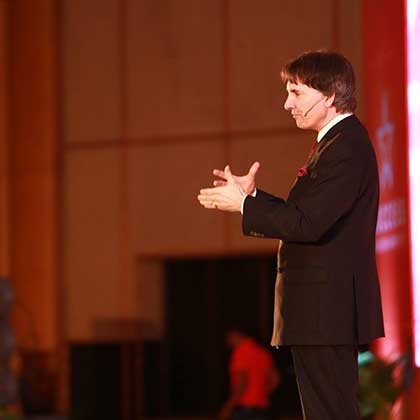 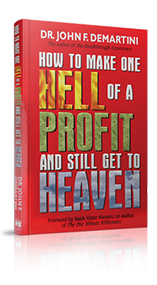 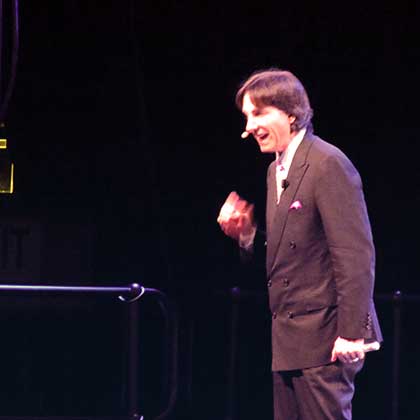 Thank you for subscribing to the Demartini Newsletter

You will receive an email shortly to confirm your subscription